Diethylpropion is an diet pill in Miami and  appetite suppressant also known as amfepramone. Its brand name is Tenuate. Clinicians have observed successful weight loss in patients taking diethylpropion. This is similar to the effects of other anorectic-type drugs such as phentermine (Adipex, Lomaira) and phendimetrazine (Bontril).

Diethylpropion also has a similar adverse-effect and weight loss profile to phentermine. However, for some reason doctors prescribe it much less frequently. According to industry reports, there were only 1 million prescriptions dispensed between 2008 and 2011. This is surprising to me because I have found diethylpropion to be a very useful drug for patients. Additionally, I have found it to have the fewest side effects of all weight loss drugs.

The fact that it is short acting (about 5 hours) permits individualization of the drug. For example, patients can take a full dose at 10 AM and again at 5 PM. This controls appetite over a 12-hour span. This is especially helpful in the evening when many people need not only appetite suppression but also control of their cravings. Common dosages include 25mg tablets and 75mg extended release tablets.

How Does Diethylpropion Work?

Diethylpropion increases the amount of dopamine and  norepinephrine in the brain. These chemical act on the  appetite center of the brain in the hypothalamus to reduce appetite.  It has very similar chemical structure to bupropion (marketed as Wellbutrin and Zyban). Healthcare professionals can prescribe bupropion to diminish compulsive behaviors including smoking, alcohol and cravings with success.

Is Diethylpropion Safe and Effective?

Diethylpropion studies in nine small studies ranging from 6–52 weeks found that patients taking 75mg of diethylpropion per day had a mean additional weight loss relative to placebo of 3.0 kg, with a mean total weight loss of 6.5 kg.

The few side effects noted in clinical trials and throughout years of patient usage are dizziness, dry mouth, difficulty sleeping, irritability, nausea, vomiting, diarrhea, or constipation. 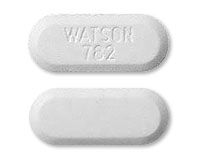