Topamax is a weight loss drug that acts on the brain centers to reduce appetite, cravings, binge eating as it promotes fullness.  Topamax is FDA approved prescription drug that has been used  for treating seizures and migraine headaches since 1996 and migraine headaches prevention since 2004. As Topamax was used more widely in the 2000’s, people began to notice weight loss as a side effect. Topamax  reduces  cravings and controls binging and purging as well as promoting fullness. It is unique because very few drugs reduce cravings. 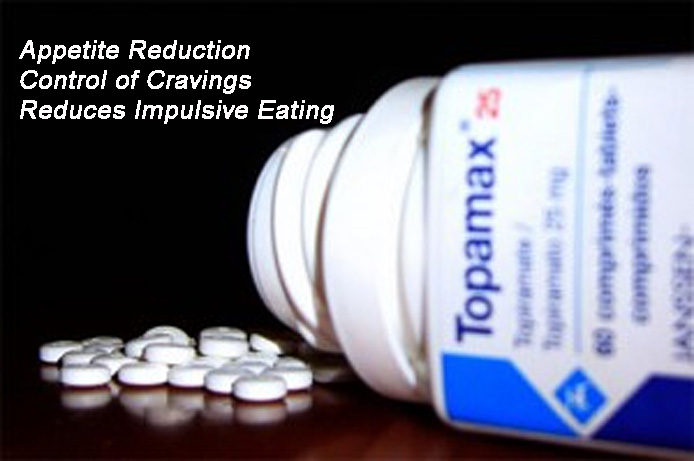 Topamax reduces compulsive behavior and stabilizes mood. Some of the weight loss is due to reducing general impulsivity and altering rewarding properties of some foods. Other studies have shown that Topamax reduces food intake by it’s interaction in the hypothalamus in the brain appetite center as well as stimulating energy expenditure directly. Since the weight loss was noted to be modest, researches often  combine Topamax with other weight loss medications such as phentermine. This produces both appetite suppression and reduction in cravings thus increasing the overall weight loss.

Topiramate, the active ingredient in Topamax, is the main ingredient in the weight-loss drug Qsymia, along with phentermine. The FDA approved Qsymia in 2012 after vigorous testing for 5 years for both safety and effectiveness. numerous studies over the past 15 years have proved the effectiveness and safety of Topamax alone or in combination with other drugs such as phentermine and Wellbutrin.

It’s not unusual to combine two medications to treat the same problem such as in diabetes or hypertension. Each medication acts differently and the weight loss is two or three times the effect of each individual medication. 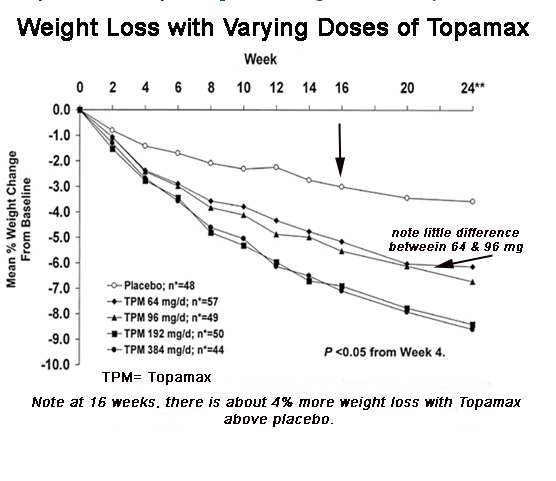 Side Effects of Topamax

The most frequent adverse events  are related to the central or peripheral nervous system, including paresthesia,(numbness in hands) somnolence, and difficulty with memory, concentration, and attention. Fatigue was the most common side effect noted. Most events were dose‐related, occurred early in treatment, and usually resolved spontaneously; only 21% receiving topamax withdrew due to adverse events compared with 11% on placebo. Note these side effects are often the opposite of those with more common weight loss medications including phentermine.

Topamax can be  taken as a single drug for weight loss. This is especially useful when the patient wants to avoid the brain stimulation often seen in most appetite suppressors. It safe for diabetics, patients with heart disease and hypertension. Since it does not produce stimulation of the brain, its ideal for cravings and hunger in the evening or night. It can also be added to any other weight loss program especially when impulsive eating is a problem.  The best use of Topamax is to increase the dose in weekly intervals starting at 25 mg in the late afternoon. The effective dose is usually between 50 and 200 mg/day with most patients doing well on 100 mg/day. The starting dose is usually 25 mg/day. Here is a suggested titration schedule:

Topmax combined with phentermine produces more weight loss then either medication along. This is true at all dose levels. In many patients the side effects of Topamax(lethargy) and those of phentermine(brain stimulation, excitement) seem to cancel out each other.

“Qnexa” is an older term for the current combination marketed as QSYMIA.

Topamax caused weight loss of 15.8 lbs in 59% of patients who gained weight on psychotropic drugs

Type 2 Diabetics given Topamax lost 13.2 lbs vs 5.5 lbs for those given a placebo