Thousands of Miami and South Florida residents, like millions of Americans, are fighting the obesity epidemic. The need to watch what you eat at Miami restaurants is well known, but not always easy. After all, Miami is a restaurant town! With the tremendous number of choices, residents find themselves eating out much of the week. They do this even more often during the holidays.

Over 70% of families in Miami have 2 parents that work. The convenience of takeout and restaurants is obvious. While fast food is notoriously fattening, meals at chain restaurants can be worse. Chain restaurant meals are often much higher in calories and carbs than anything you would prepare at home. Many nationwide chains have created healthier entrees to appease finicky eaters and calorie-counters. Among those with local branches in South Florida, these three stand out:

Light, healthy restaurant meals are possible with the spread of separate menus at many chain restaurants. And because eating out is one of life’s great pleasures, I put together this guide to smart restaurant eating in South Florida. It ranges from undeniably healthy meals — with a rich variety of foods, heavy on fruits and vegetables, light on sugar — to fast-food meals that are at least better than the alternatives if you find yourself eating at McDonald’s. Even vegan based restaurants are found.  A few restaurants now serve veggie carbs!

Most of the restaurants also now offer whole grain breads and rolls.

Every lunch or dinner here stays under 650 calories — about one-third the number many adults should eat in a day. Many meals are well under 500 calories. To put this in perspective, a burger and fries at McDonalds might be 1000 calories or more. At a chain restaurant, a burger and fries could easily exceed 1500 calories!  Drive thru fast food restaurants may be even worse. The bottom line: Most meals at American restaurants aren’t healthy. They’re packed with processed food and enough calories to cover two or three sensible meals. Even the new meatless burgers are high in calories.

Rather than searching thru item after item on a menu, here are restaurants who have a separate menu with lighter or healthier meal choices. All of these chains have locations all over South Florida, so there are probably quite a few of them near you. All of these restaurants offer entrees less than 650 calories. 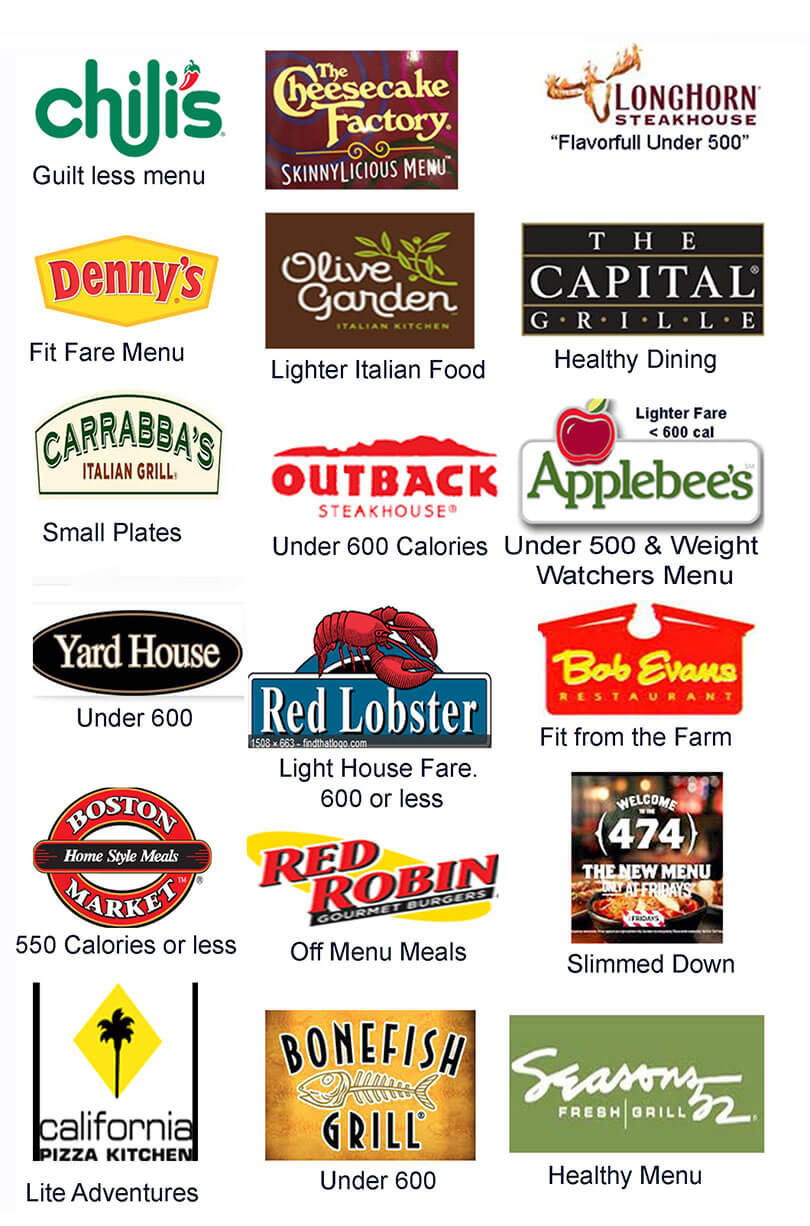 The Best Choices Among Miami Restaurants with Lighter Meals 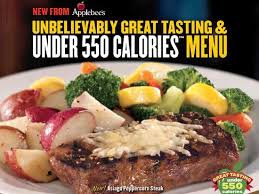 Without question the best choice is Cheese Cake Factory, which devotes a separate menu to its SkinnyLicious selections. These include low calorie cocktails, salads, side dishes, entrees and even desserts. Perhaps they are trying to atone for 30 years of offering a menu with huge portions consisting sky high calories, fat and carbs.  You can review over 200 restaurants-both good and bad on Dr Lipman’s Diet APP.

Chili’s and Applebee’s are tied for second. Both have an extensive menu of lighter fare. Even Italian food is  healthy with the “small plate” choices at Carrabba’s Italian Grill. All entrees on this menu are less than 650 calories.

Panera Bread Precautions for Dieters: Of Course–It’s the BREAD

Panera Bread offers a lot of unique choices, especially the bread and baked products. We can use their information to evaluate other bread products where the information is not so clear. Panera is one of those places that seems healthy, but has a lot of pitfalls. As a result, you have to be very selective in what you order. The bagels are large, and therefore very high in calories. Of course, they also have a variety of healthy and delicious options. Their website also includes a cool interactive Nutrition Calculator, so if you buy more than one item, you can have it do the math for you. The serve a variety of healthy breads and include calories and ingredients in their menu. Read more about Low Calorie Breads and Whole wheat vs. whole grain baked products.

Most of the breads are pretty reasonable, though a few are high in fat or sodium. Most are low in fiber, which means they’re from refined flours. Your best choice is the whole grain bread, of course.

The reduced-fat spreads are the better choices here. However, it’s tough to tell from the nutrition facts since the portions are “small enough” to allow for many of the nutrients to be rounded down to zero. Several of the 2-ounce servings listed in the nutrition guide include 0.5g trans fats, which means the 1-ounce servings also contain some trans fats, even though it says zero. The “Better Choices” then, are the ones that show no trans fats in the 2-ounce serving, meaning they’re lower in trans fats than the others (though it’s impossible to tell by what degree).

They are so high in fat, calories, and most importantly, CARBS.

Asiago Cheese Bagel Breakfast Sandwiches (high calories, fat, and sodium) – The ones with bacon and sausage are over 600 calories, and all of these have trans fat.

These are all under 400 calories and have 16 grams fat or less per HALF SANDWICH.

When part of a “You Pick Two” order, these are about 8 ounces. If ordered separately, they’re about 12 ounces. I’ll use the 8 ounce nutrition information here. (Get a bowl and add 50% to these numbers).

Best choices are under 200 calories

These are also available as part of the “You Pick Two” menu, so I’m using the smaller portion nutrition information. If you order the full salad, you should roughly double these numbers.

Best choices are 200 calories or less

Sandwiches, Soups, Salads, and You Pick Two all come with a side option.

Whole Grain Roll (unless, of course, you’re already having a sandwich — then you’re getting plenty of bread!)

Except for the Roast Beef, each of the sandwiches is too high in something, whether that’s calories, fat, or sodium.