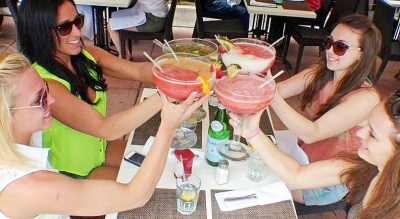 Few cities in the US are as conscious of weight and body appearance as Miami and South Florida- – the dance music and clubbing capital of the world.  There is a party happening every night of the week. This is America’s playground, and it’s somehow still classier than Las Vegas. The difficulty has been adapting this lifestyle to the huge amount of alcohol consumption that happens in the bars and restaurants that are on every corner of the city without causing serious weight gain and other health effects.

Alcohol and weight loss: Drinking alcohol may make weight loss difficult. Alcohol causes far more significant problems than might appear by looking at the number of calories in a drink. After all, a glass of wine is only 90 calories.

The review, published in 2015 in Current Obesity Reports, was prepared by Gregory Traversy and Jean-Philippe Chaput showed that “frequent light to moderate alcohol intake” — at most two drinks a day for men, one for women — “does not seem to be associated with obesity risk.”

However, heavy drinking (more than four drinks in a day for men, or more than three for women) were linked to increased obesity and weight gain around the belly. Even more important, adolescents and older adults, alcohol in any amount may “promote overweight and a higher body fat percentage.”

Some  differences in drinking patterns between men and women influence the findings of alcohol’s effects on weight: men often binge drink straight alcohol and women more likely drink wine. Genetics play a role, those that have family history of obesity may be more likely to gain weight with alcohol drinking. Increase in eating due to the dis-inhibiting effect of alcohol for some may also play a role in weight differences.

The conclusion from the most recent such studies: Everyone is different in their response to alcohol . In general ,while heavy drinkers risked gaining weight, “light to moderate alcohol intake is not associated with weight gain or changes in waist circumference.”

All of these effects, especially the unplanned calories that often accompany alcohol, cause weight gain.No doubt the best and fastest weight loss is when there is the least amount of alcohol. See info-graphic about drinking alcohol and still losing weight.

Calories in some of the “best” Alcohol Drinks: 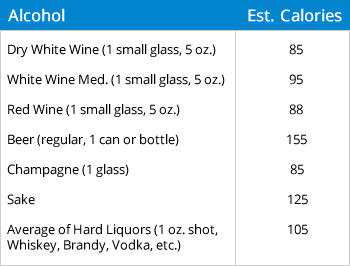 When we eat protein, fat, or carbs, some of the food is burned immediately and some of it is stored for future use. However, this does not occur when drinking alcoholic beverages. Alcohol is used for metabolism first, and is used for energy until it’s gone from the bloodstream. As this is happening, the body cannot use protein, fat or carbs for metabolism. Less than 5 percent of the alcohol calories you drink are turned into fat. The beer belly occurs not because alcohol is turned into fat but because for long periods of time the alcohol, instead of the stored fat, is being used for energy.

Alcohol suppresses control, the brain’s ability to say it has had enough—of both alcohol and food. At the same time it, makes people more hungry. The combination of more hunger with less control is very dangerous for some dieters.

Small amounts of alcohol make you feel sleepy but too much alcohol results in poor sleeping, often the result of falls in blood sugar in the middle of the night. Some people wake up and eat. Poor sleeping in itself contributes to weight gain. As we all age, our metabolism slowly decreases. Most of us don’t need to further decrease it with daily alcohol consumption!

This is the big difference between Western Europe and the U.S.. Few Europeans eat chicken wings with bleu cheese dressing, cans of nuts, chips, popcorn, trail mix, pretzels, crackers and cheese, dips and candy. They drink their wine slowly and with no snacks. When the main course comes the portions are small so that portion control is easy–they are small from the beginning and there are no “seconds.”

Look carefully at these two pictures. The pictures on the top are taken at a Paris Cafe. Those on the bottom at American Bars. Can you spot the differences? 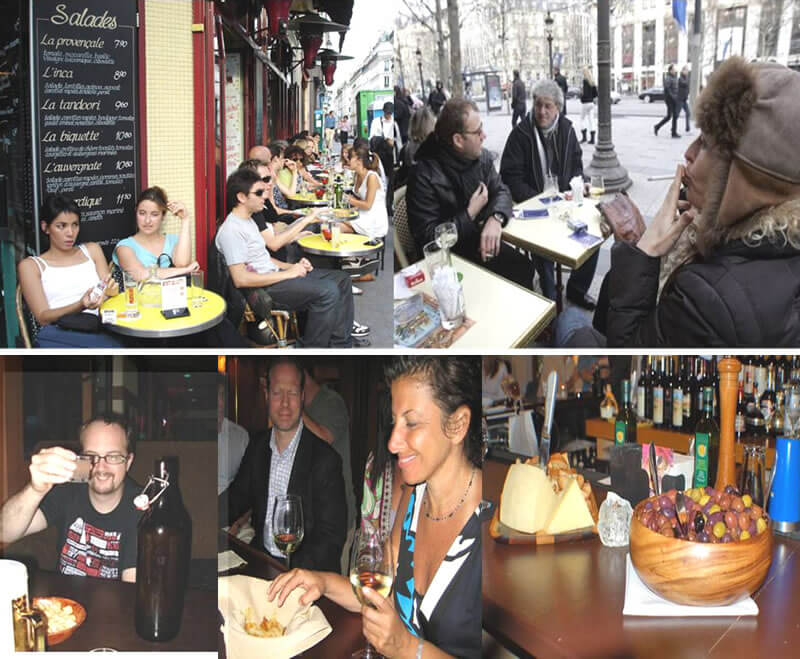 The differences are the foods on the tables in Miami and the 12 people walking on the street in the Paris photo among many others!